What a magnificent show again! 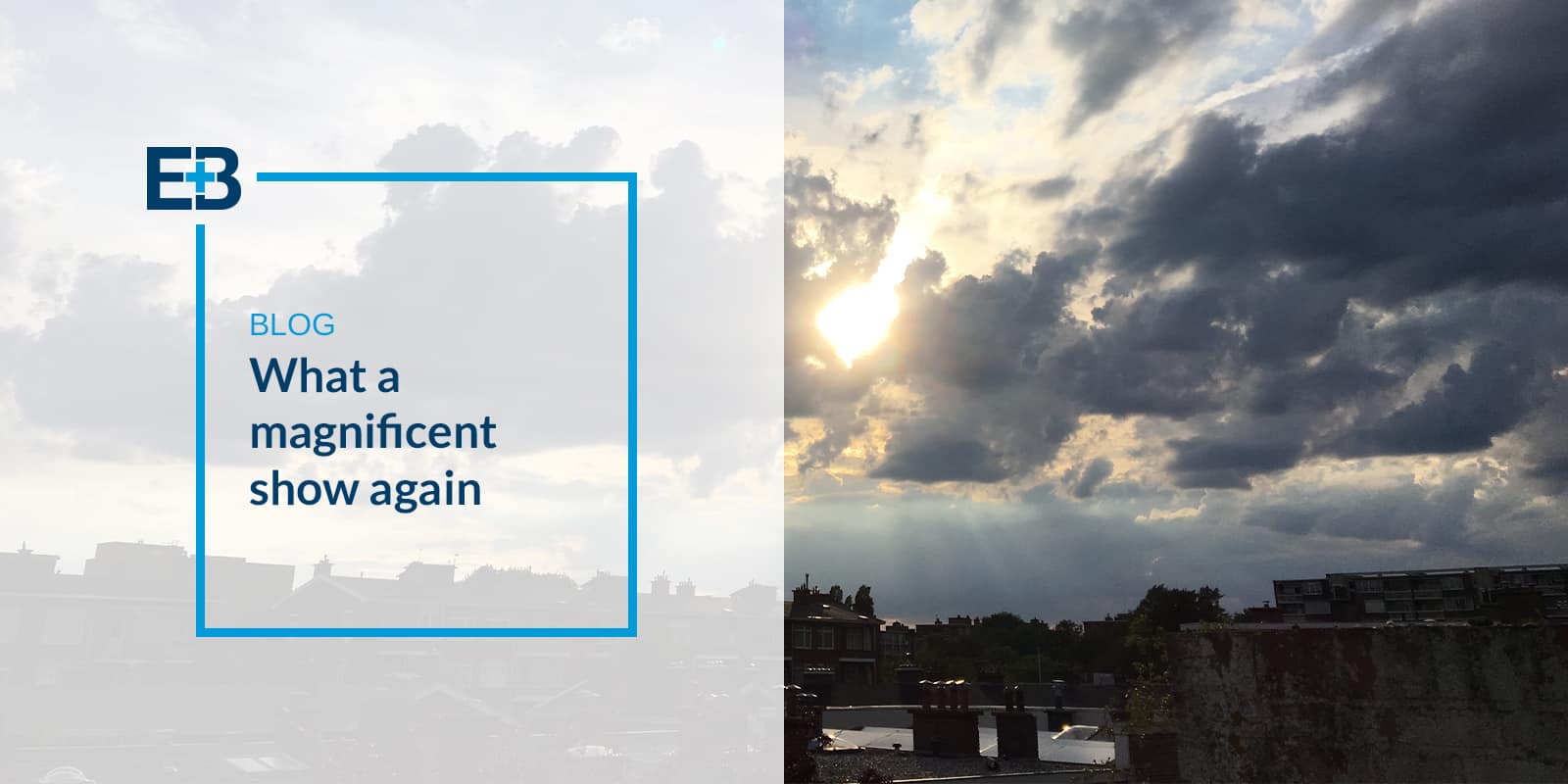 8 pm. I’m sitting at my dinner table with a cup of the and a good book. The big sliding doors of the balcony are opened to let some fresh air in the apartment. It has been a warm day; 28 degrees (82 degrees Fahrenheit). I’m reading a book and now and then I stop to think about an idea I’ve just read. That’s when I look up at the sky and see that the painting has changed again. Dark clouds are closing in. The sun gives its last salute through the clouds by a golden lucidity and some rays that touch the earth which gives the whole setting a divine appearance.

In the distance I hear a blackbird singing its song before going to sleep. Even further there are a couple of huge trees rising above a four-story building. The trees are the home of a group of Jackdaws. Every day around 8:30pm they take off from the trees and perform a unison dance through the air. I think there are some 200 birds. There must be an explanation for why they perform this ritual every night. But I don’t care. I just enjoy the show.

Then I hear the thunder in the far distance. The animated painting now gets a threatening appearance. The first drops of rain reach my windows. The Jackdaws hurry back to their tree. Did they foresee it was going to rain?

The rain is intense but doesn’t last very long. I closed my balcony doors but after the rain shower I quickly open them again to hear the rest of the show. In the distance I hear the Jackdaws talking about their performance. Nearby I hear some oyster catchers making a lot of fuss about something.

And there it is again. The sun, shining powerful, almost horizontally now, illuminating the sky. It’s almost 9:30pm. Show-off! Sparrows return to their work. They dance through the air trying to catch insects. The blackbird continues its song. Seagulls also contribute to the performance with their particular call. The fresh air that enters the apartment now has a scent of rain. I like it. The earth needed to cool off a bit.

What a magnificent show again! Thank you. 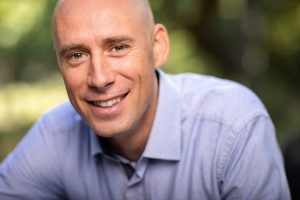 As a certified life coach, I help successful people regain control of their life and career by providing an insight into their hidden talents and pitfalls.

I can be acute and confrontational, but this is well-intended to make sure you get the most out of your life.

We collect some (personal) data to improve this website. You'll always be in control of which data you provide us through these settings.
Necessary Always Enabled

Essential cookies enable you to navigate our Site and use certain features, such as accessing secure areas of our Site and using other features of our service that require us to keep track of certain information as you navigate from page to page. Although some of these cookies are “required” to enable certain functionality, you can disable them in the browser, but doing so will limit your ability to use the features supported by such cookies.

These cookies collect information about how you use our Site, including which pages you go to most often and if they receive error messages from certain pages. These cookies are only used to improve how our Site functions and performs.

From time-to-time, we may engage third parties that track individuals who visit our Site. These third parties may track your use of the Site for purposes of providing us with certain marketing automation features (to help us improve our outreach to current and prospective clients) and providing you with targeted advertisements.

These cookies collect information about how you use our Site, including which pages you go to most often and if they receive error messages from certain pages. These cookies are only used to improve how our Site functions and performs.